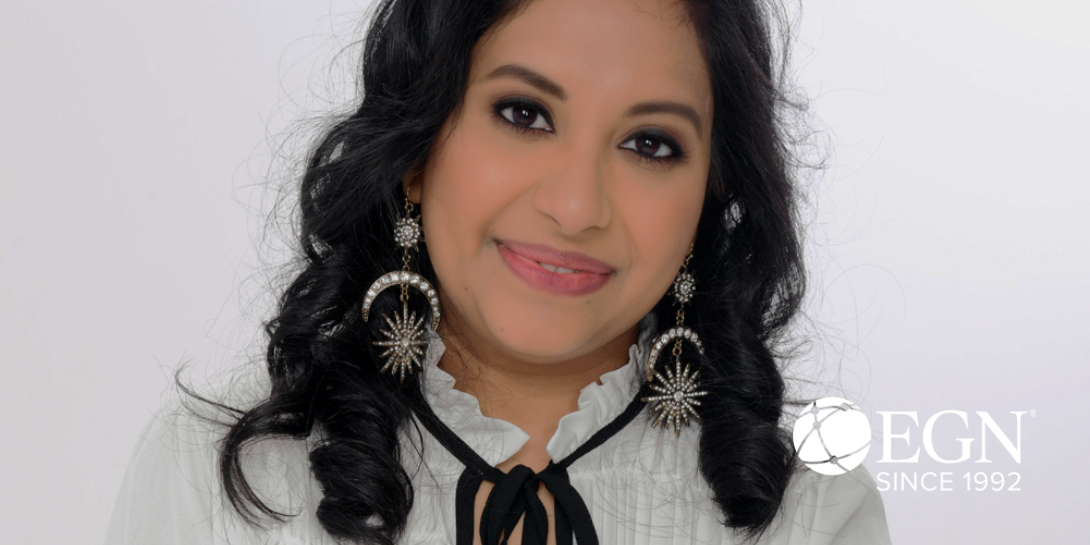 October 7 at 9:00 CET, we’ll be welcoming neuroscience coach, MD, and founder of Prerna Advisory, Arthi Rabikrisson as keynote speaker at our next global webinar! The theme of the webinar encircles AI – yet a different form of AI than what perhaps comes to mind. Arthi is here to talk to us about ‘Authentic Intelligence’ – and how we can build our presence with empathy and be more authentic in the leadership role. Arthi will look into our natural intelligence and why it’s paramount that we don’t limit ourselves to only one intelligence in life. In fact, we can actually measure intelligence across up to eleven different spheres! More of that later.

In an interview, Arthi shares her history, values, passions, and the somewhat bumpy trajectory that led her to where she is today, doing what she loves to do.

Initially, Arthi explains: “I’m a people’s person. I’m somebody who is constantly and continuously improving myself. That’s one of the best ways to describe it. My journey to where I am at this point in time has been a result of all the different experiences I’ve had. Be them good, be them bad and ugly, it’s all part of it. But I think the person I find I am today, is somebody who is more authentic in terms of living out a purpose.”

Today, Arthi is a solo entrepreneur, running her own business, and helping others find their true purpose. She has experienced the power of understanding your own purpose in life and how it can empower, uplift, and create a strong sense of fulfillment. With her coaching practice, she brings that forth to others – that being her biggest aim.

“Whether you’re in a corporate career, whether you’re in a business, or even if you’re just at home being a mom, that being one of the most difficult tasks, or even a stay-at-home dad for that matter – whatever the situation may be, if you’re feeling fulfilled in that space, then your life is going to look beautiful”, she says.

Catapult your career
Arthi’s path to where she is today has been quite the journey – all about taking chances, following your gut, and facing multiple decision points. She grew up in South Africa in a coastal town and later moved to one of the main cities, Durban where she completed her bachelor’s with honors in Economics. Like many recent graduates, it can take a lot of work figuring out what sort of career you want to create for yourself – and to find a space where you thrive and feel like you belong. The road isn’t always straight forward, and neither was Arthi’s. Nonetheless, as she accepted her choices and tried out different roles over the years, one aspect seemed to follow her and sparked a continuous interest wherever she went: The people aspect.

In one of her roles, she found herself particularly interested in the coaching aspect. Arthi explains: “I started to realize how much I enjoyed mentoring people, because I was mentoring juniors in the business, and I suppose that’s what ignited my passion for coaching or what started it. I undertook my MBA while I was in that role and in the course of the MBA, I started to start to do my certification in coaching.”

But once again, Arthi reached a point in her career where she started to think: What else is out there? What is my purpose? There was never a feeling of true satisfaction or fulfillment. Arthi wanted more.

Prerna
Everything culminated in Arthi launched her very own business, Prerna Advisory – “prerna” meaning “inspiration”. As she acknowledged how crucial the people aspect was to her, it became rooted in her business as she wanted to assist and help with financing and capital for smaller businesses doing, for instance, inspiring things in their community or creating innovative products.

“I realized that smaller businesses needed a little bit of guidance because the vision is there, but sometimes, especially if you’re a start-up, the vision sometimes gets buried a little bit. I started to migrate into strategic consulting as well and a bit of business coaching for these entities”, Arthi explains.

Aside from her business, Arthi currently runs two podcasts, one labelled “Inspire Your Life” that sheds light on the fact that real people have real stories, and we can listen to those stories and let them be our motivation.

“My good friend spoke on the podcast. It hasn’t been released yet”, Arthi says. “She was quite late into her career and some events triggered her into completely switching, by the age of 50 or something, into a brand-new area where she’s thriving and that’s phenomenal. Even if you’re at that stage and you follow a traditional career path, doesn’t mean that you can’t hop off that train and do something else that you really love to do”.

AI – Authentic Intelligence
A thing that spurred on Arthi as a coach was where to find her niche. As she did her certification on coaching, she came across a module on neurolinguistic programming.

“Basically, that has to do with understanding stories and routines that play out in our minds that are either beneficial to us or actually hinder us – and most of the time, they hinder us,” Arthi claims. She was fascinated and over the years, she went deeper into the neuroscience aspect behind it. Arthi explains how neuroscience covers both the brain and the spinal system – and collectively these two parts play a prominent role in how we project ourselves to the world.

Levels of personality, behaviors, and emotions, everything originates from the brain – this is where we store memories and information, and the processes that go on in the brain cause us to play out behaviors in certain ways.

For Arthi, the real intelligence must then begin with being authentic – and that has to do with the brain. We must go back to the roots of where intelligence starts from a human perspective and that understanding, ultimately, comes from our understanding of how the brain works.

“But a lot of us don’t give it a second thought,” Arthi says. “Who actually goes out and trains their brain? Nobody, right? We’ll take out a gym membership and we’ll physically try and do things – we’ll eat healthy and the whole idea behind it is that we want to look good, we want to feel good, but we don’t think: “What am I actually doing to maximize the potential of my brain which is enabling me to go and have a workout in the gym?” It’s not a conscious thought”.

Arthi’s mission is to help us reconnect with the brain, understand it’s structure, and improve it to allow us to stretch our thinking. To unwire bad habits and rewire better, more productive habits. Doing so, will give us a better and wider perspective of the world and we’ll be able to control our emotions better, so that they’re more productive as well. Being aware of what our neurophysiological makeup is all about will, ultimately, make it easier for us to know how to optimize it.

“As much as we’re excited about what artificial intelligence can do to systems and processes, we mustn’t forget the human element behind it. And that is the person,” Arthi underlines.

Eleven intelligences
Likewise, Arthi touches upon redundancies for certain jobs following the development of artificial intelligence which can feed into questions such as: How do we stand up against it? How do we set ourselves apart? How do we create something about ourselves that doesn’t make us redundant?

And that’s where authentic intelligence comes into the picture – because authentic intelligence can help us identify where our natural intelligence preference lies. When we know that and develop it, we can then figure out what our unique trade is, our skills sets, and abilities – and then market that effectively to avoid becoming redundant in an AI led world. According to Arthi, it’s all about bringing it down to how we truly develop ourselves to set ourselves apart but at the same time develop ourselves so that we can give more into the artificial intelligence processes.

The interesting part, however, is that intelligence is still very much connotated towards IQ. Here, a score gives you a certain distinction and you interpret your intelligence based on that distinction. If someone else doesn’t score so well, they might start to feel doubtful – am I not intelligent, am I not smart? According to Arthi, reality is, there are numerous theories out there, one of which shows that people can be intelligent across up to eleven different spheres. And those go beyond IQ and towards other intelligences such as kinesthetic intelligence, spiritual intelligence, musical intelligence and so forth.

“So, there are different levels of intelligences that are prized and paid for very well, but in a very typical environment not many people think about it. When we look at these different levels and find out where our own natural intelligence lies, we can move ahead – and maximize it for our career growth, for our personal fulfilment and our development.”

As a final remark, Arthi directs attention towards the concept of ‘empathy’, being at the core of working with intelligence.

“Because empathy is about how we feel towards others as if we were in their shoes – simply put”, she says. “And a lot of that understanding comes from self-awareness and part of authentic intelligence is a big component of being aware of yourself. And being aware of how you come across to others. So, can empathy be developed? Absolutely. And it can be developed to a degree that is comfortable for you.”

We may not be able to go from zero to a hundred in merely a couple of days, according to Arthi, but we can surely go from zero to twenty or thirty and then continue to improve ourselves – just doing that makes a significant change in terms of how others see us and perceive us.

Do you want to learn more about authentic intelligence? Tune in to Arthi’s webinar on October 7 at 9:00 CET! 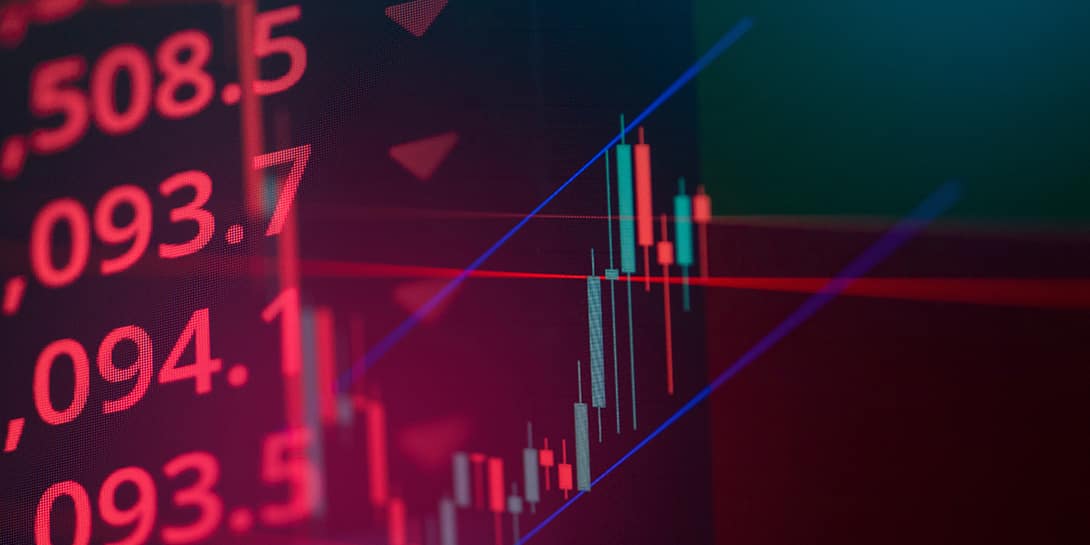 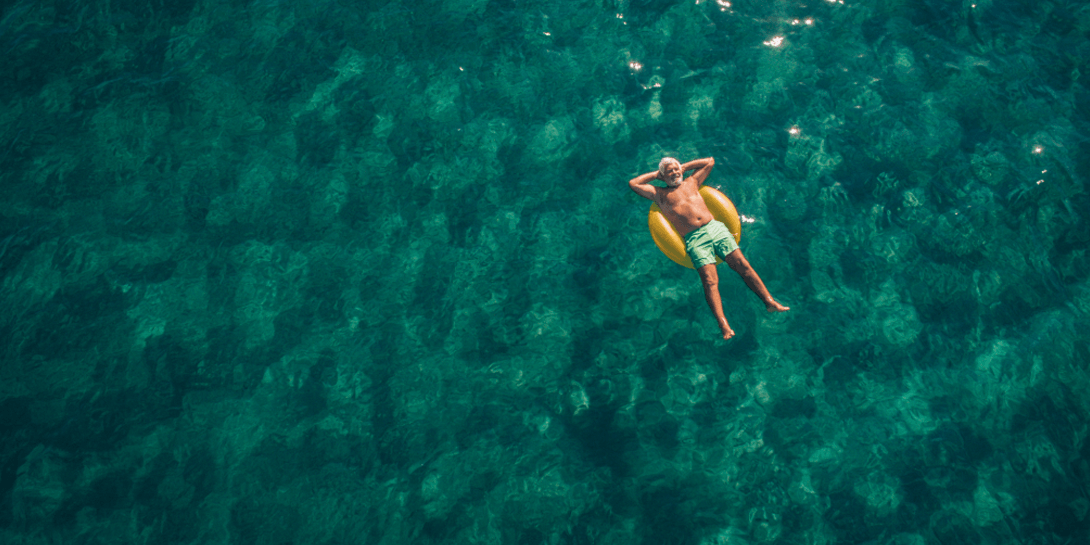 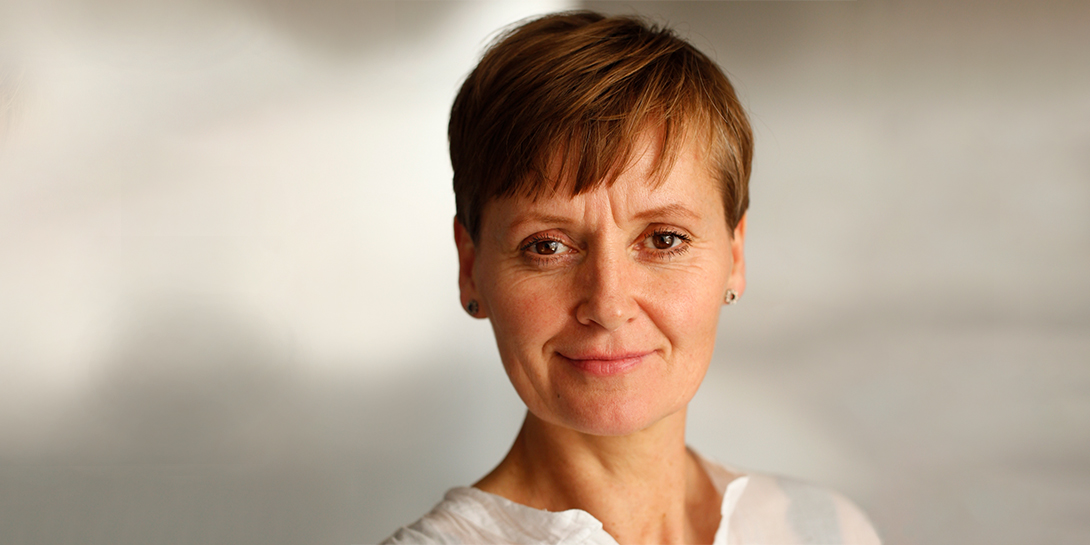